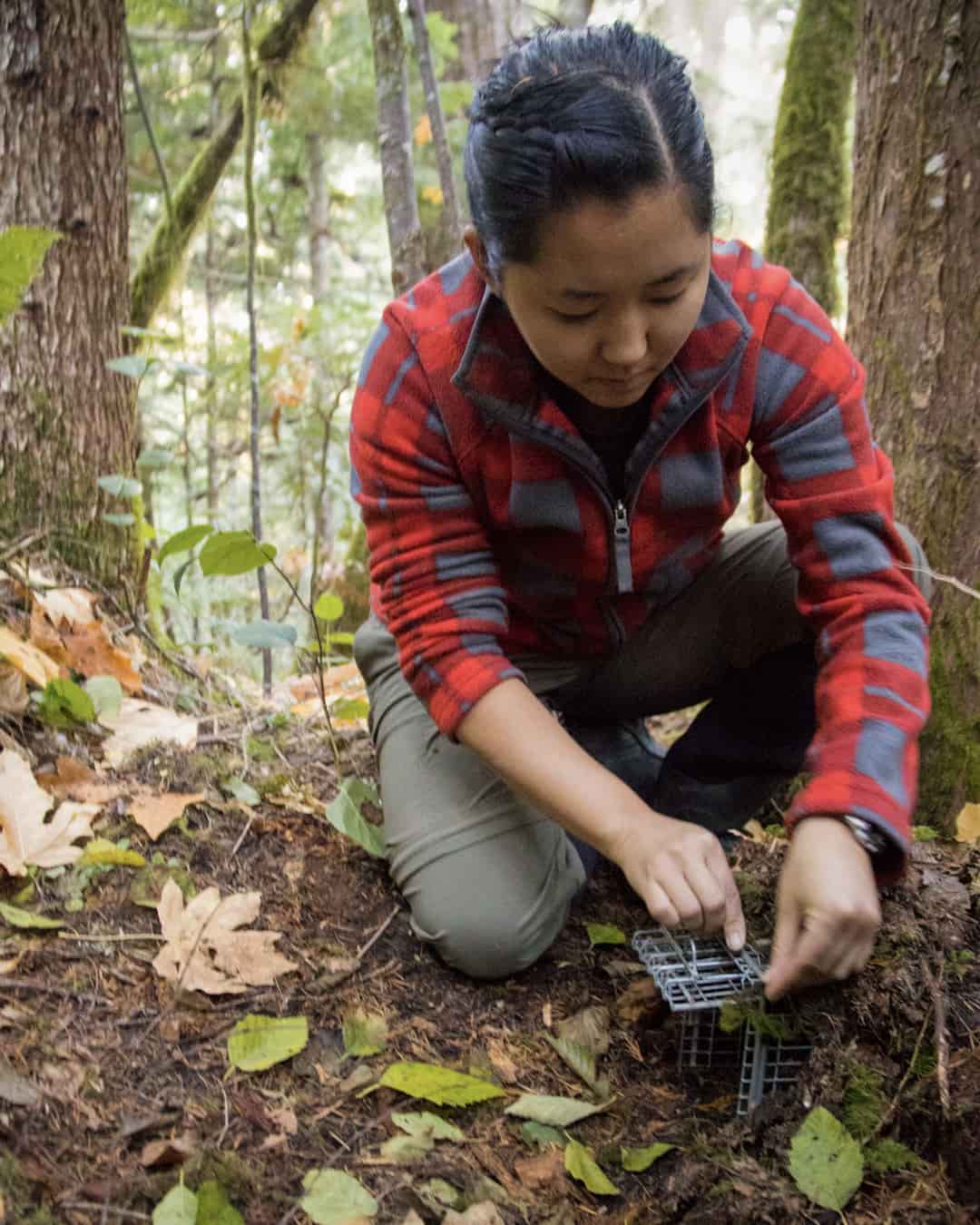 In January 2020, Marie Tosa, a Wildlife Sciences Ph.D. student in the College of Agricultural Sciences, returned to Corvallis after roughly two and a half years of continuous field research. Her research was conducted in Oregon State University's HJ Andrews Experimental Forest, a 16 thousand-acre long term ecological research forest situated in Oregon's Western Cascades.

The September 2020 Holiday Farm Fire burned 173,000 acres in this area, 400 of which were in the Andrews Forest. Marie explained that during this event, she was concerned first and foremost for the people and families impacted, but she was also worried even more of the forest she knows so well would burn.

Marie explained, her research in the Andrews Forest is two-tiered. The umbrella tier investigates the network of organisms that live in the iconic forests of the PNW. The second tier is a more in-depth study of the western spotted skunk. She said, "[The skunks] are an understudied carnivore in the system... a lot of my project was looking at what they eat, what eats them, where they live, and how does land use and logging influence their populations." Marie dispersed over 80 camera traps throughout the forest and used up to 10 radio collars at any given time. She captured 35 individual skunks and successfully baited these elusive animals with sardines. When asked about what impact the fire might have, she said, "Some of the areas that burned were key areas for western spotted skunks, so it may take them and other carnivores some time before they return. Some carnivores may capitalize on the regeneration and regrowth."

If you're interested in more details about Marie's research and more skunk photos, check out her blog at https://maasroite.wixsite.com/skunktales.