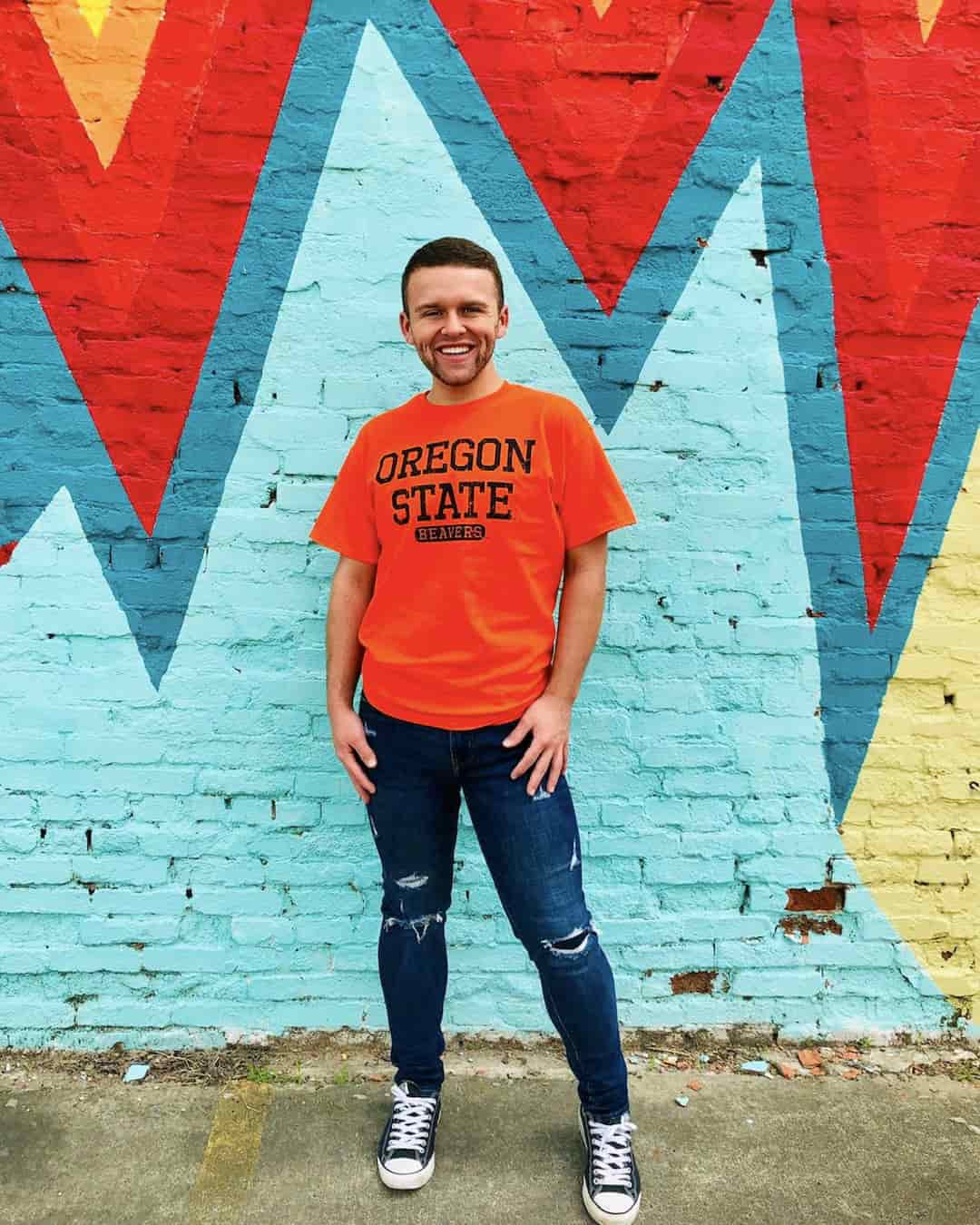 Garrett Rogers, a Master of Arts in Interdisciplinary Studies (MAIS) student, advised by Professor Trischa Goodnow, discovered the program in an atypical manner. Garrett grew up in a small town in Oklahoma, and a little while back, he started posting live satirical videos to social media. Garrett explained, "In the South, it's really big to sell products on Facebook, so I started making spoofs selling products on Facebook." The videos garnered so much attention; before Garrett knew it, he had over fifty thousand followers.

During an online discussion with his viewers, he mentioned that he was thinking about going to graduate school and that he would love to live in Oregon someday. Professor Goodnow happened to be tuned in at that moment and reached Garrett by email recommending he apply to the MAIS program. Remembering this, Garrett said, "Sometimes I think to myself, did a social media post really get me into grad school!?"

Garrett's experiences with social media are central to his interdisciplinary graduate research. For his thesis, Garrett looks at how peer social interactions and relationships evolve between people like his followers and himself. He will dig into what it was about his communication that made some of the people Garrett interacted with online feel like they "really" knew him. The MAIS program has facilitated him being able to work with experts across campus in the fields that support his research and professional goals.

As a graduate employee, Garrett teaches public speaking to mostly new undergraduate students. He explained that his GTA position cemented his passion for education, and he plans to pursue teaching in higher ed after he completes his degree. For Garrett, "teaching is a lifelong process of continuing to learn."