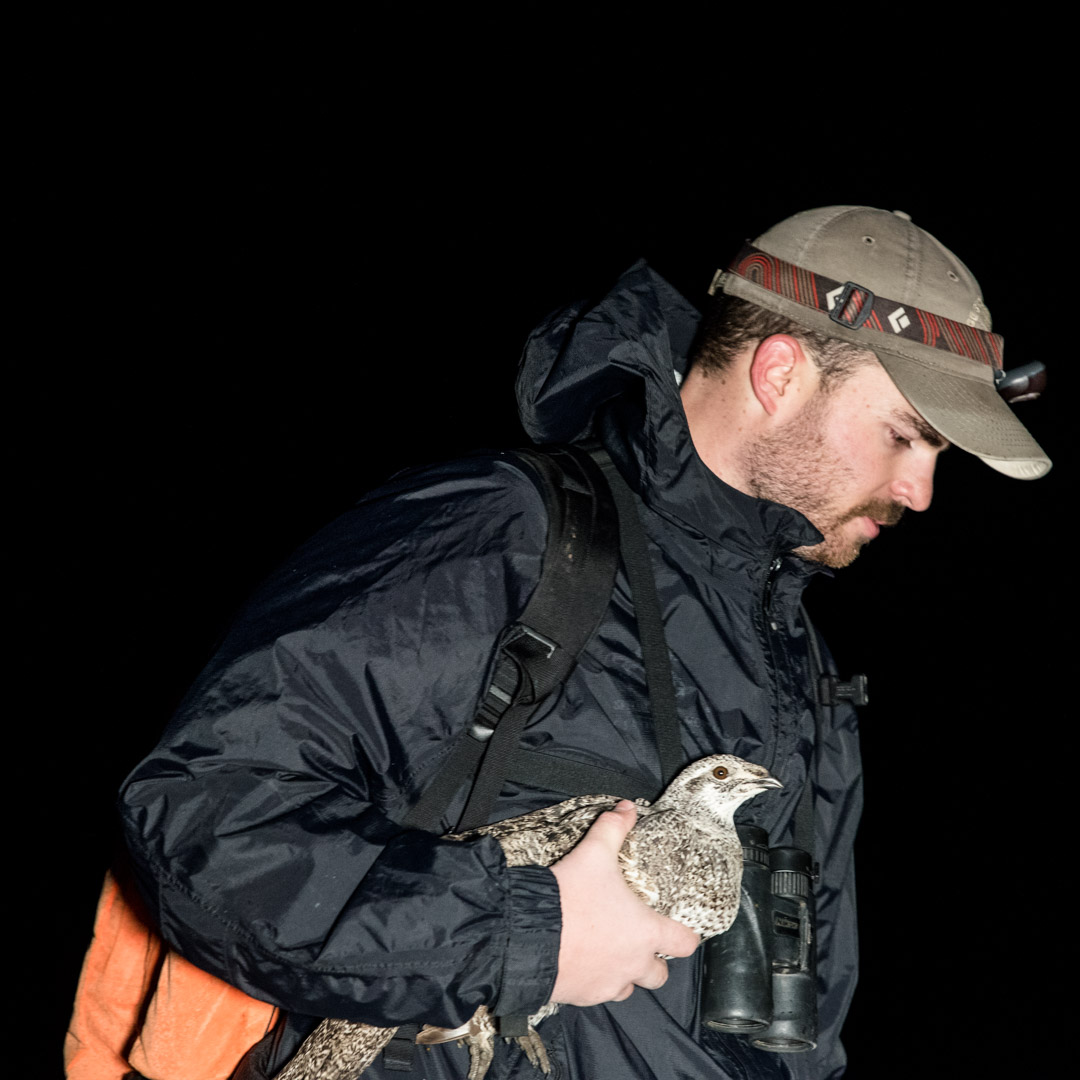 We recently sat down to chat with Andrew Olsen, a Ph.D. alum of Wildlife Science in the Department of Fisheries, Wildlife and Conservation Sciences. At Oregon State University, Andrew's research was advised by Associate Professor Christian Hagen. His fascinating Ph.D. research into the Greater Sage-Grouse habitat has played a key role in his post-graduation professional success.

Andrew decided to pursue a doctorate after his master's committee at Texas A&M University-Kingsville encouraged him to do so. He chose OSU because of its Wildlife Sciences reputation, and he enjoyed his interview with Professor Hagen. Upon arriving at OSU, he worked as a research assistant for an ongoing project. Broadly, the research Andrew joined attempts to gather data on how juniper forest encroachment on natural sagebrush ecosystems impacts sage-grouse. Andrew explained that in 2009, in his southern Oregon research area, many of the sage-grouse were collared and tracked to study the potential impact of a wind farm. The wind farm never manifested, but this early sage-grouse data collection presented an opportunity.

In more recent years, private landowners and the Bureau of Land Management have cut trees in the encroaching juniper forests for various reasons. He said, "Scientists think these cuts are probably a good thing for sage-grouse, but there is not a lot of data about how beneficial it really is." As a grad student, Andrew used pre and post-cut data and found evidence that after juniper was removed, sage-grouse habitat increased.

After graduating, he continued researching and writing papers with Professor Hagen as a postdoc. Today he works as a Rangeland Scientist with the Oregon chapter of The Nature Conservancy. Andrew told us that as a scientist, he serves as a gut check for a variety of different land-use projects across eastern Oregon. Andrew believes his research into sage-grouse and the networking opportunities he had as a grad student greatly helped him secure his current position. For job-seeking grad beves, Andrew advised, "Apply for way more jobs than you think you need to and don't be afraid to push yourself in the types of jobs you apply to."