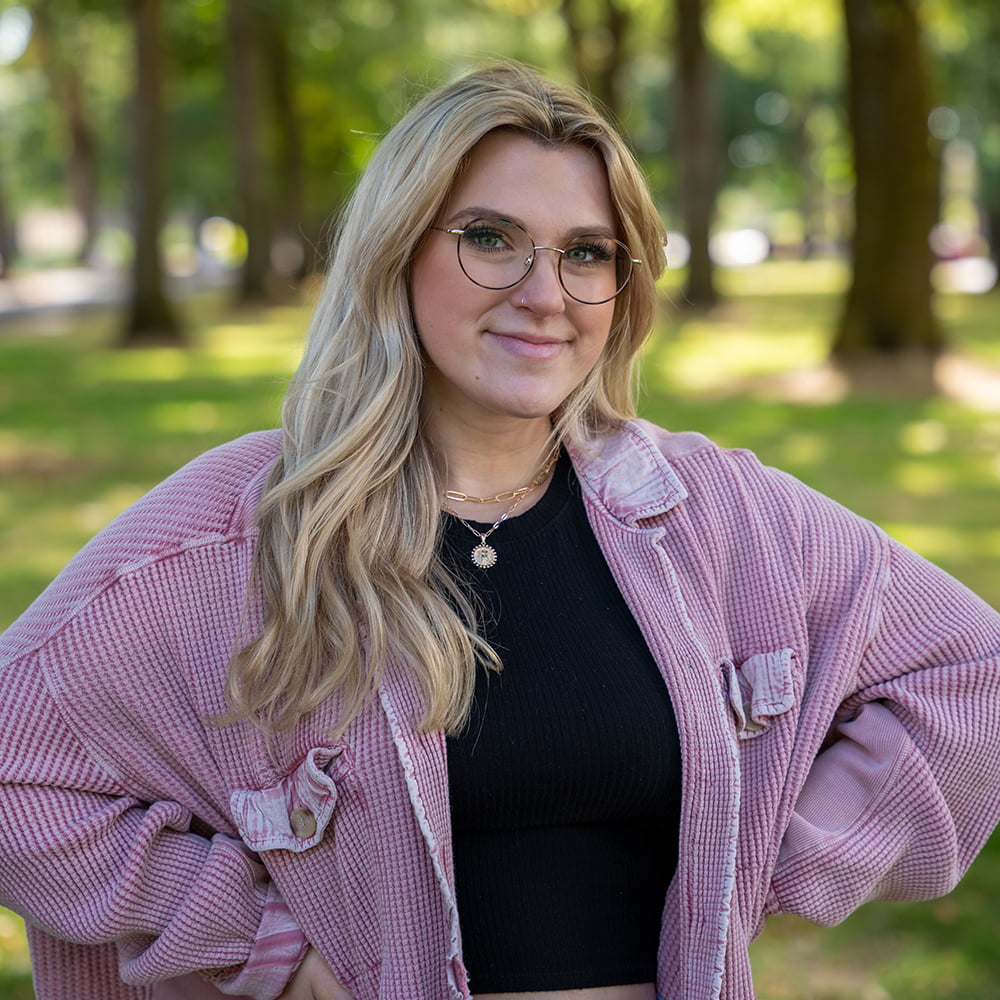 Originally from Rochester, NY, Francesca completed her undergraduate degree in Environmental Studies at Ithaca College. Francesca made the move across the country last year and is now a second-year M.S. student studying toxicology. The toxicology program is part of the College of Agricultural Sciences.

Francesca credits the toxicology courses that she took during her undergrad as motivation to apply to graduate school. Francesca applied to Oregon State because “[OSU] was one of the few universities in the country that had my specific program.”

In Dr. Susan Tilton's lab, Francesca studies the toxicity of nanoplastics using a human lung cell model. Her research is considered novel as there are limited studies on the topic. “There is a lot of trial and error that can be frustrating after a while, and of course, rewarding in the end, but it's really difficult, especially coming from a less scientific background than most of my colleagues.”

But in the end, Francesca’s goal is to use toxicology to enact change. “...looking at [environmental injustices] from a toxicological perspective, but also public health perspective, really forced me into the world of toxicology, not only because of the scientific aspect of it but because of the implications that it has for social change.”