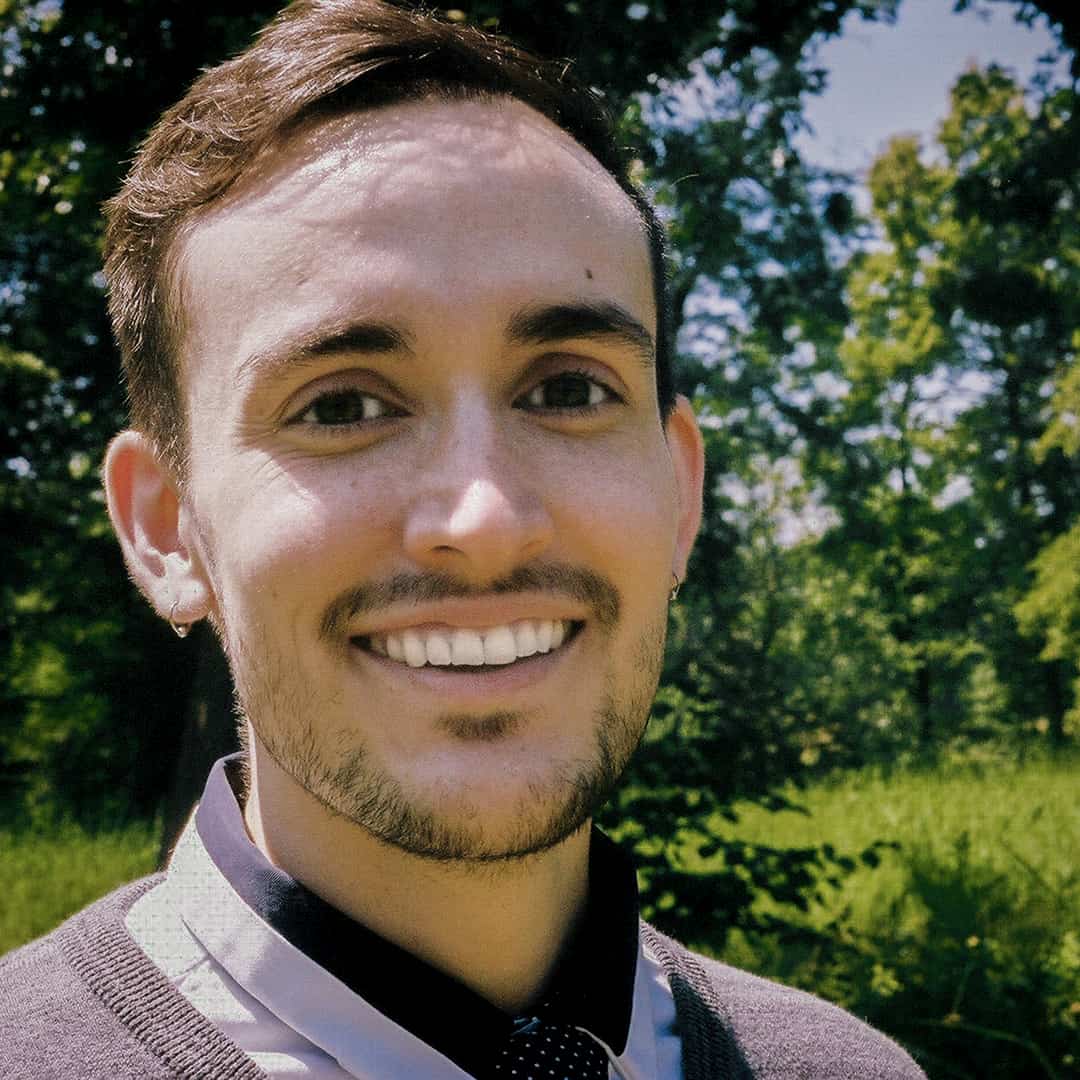 Meet Bryan Lynn, a third-year Integrative Biology Ph.D. student in the College of Science. He is co-advised by Patrick De Leenheer and Martin Schuster. Bryan's research is currently funded by The Martin-O'Neill Fellowship, awarded for computational modeling research. During his previous two years at Oregon State University, he enjoyed working as a teaching assistant.

Bryan grew up in Minneapolis, and before transitioning to an academic career, he worked as a Le Cordon Bleu-trained pastry chef. He explained when he found himself skilled enough to decorate cakes in seven minutes; he felt it was time to shift challenges. He recalled liking math in high school and went on to receive an undergrad degree in math. While at the University of Massachusetts, Bryan took an evolutionary game theory course. His interest in the topic started him on his graduate education journey.

Today, Bryan works on his thesis titled, The Evolution of Cooperation in a Chemostat. He explained that we often think of evolution as being Darwinian or survival of the fittest. In this context, when considering a trait like cooperation, it probably shouldn't exist. And yet, cooperation as a trait is relatively ubiquitous across species, from bacteria to bats. Bryan's model organism is a bacteria called Pseudomonas aeruginosa. He uses a chemostat to observe hundreds of generations in continual lifecycles with a constant food supply, simulating a more natural ecosystem than a test tube. Using simpler organisms allows Bryan to isolate and manipulate the genes of the bacteria to be more or less cooperative. In doing this work, Bryan looks for the conditions when cooperative communities stabilize and don't result in population collapse.

Bryan identifies as a Queer, trans man. Upon arriving in Corvallis, he found there were few local Queer spaces around. To aid in making campus more LGBTQ+-friendly, he helped co-found the on-campus Out in STEM club.

To learn more about Bryan's work, visit his website and make sure to check out his interview on the KBVR podcast Inspiration Dissemination from Nov. 2019.