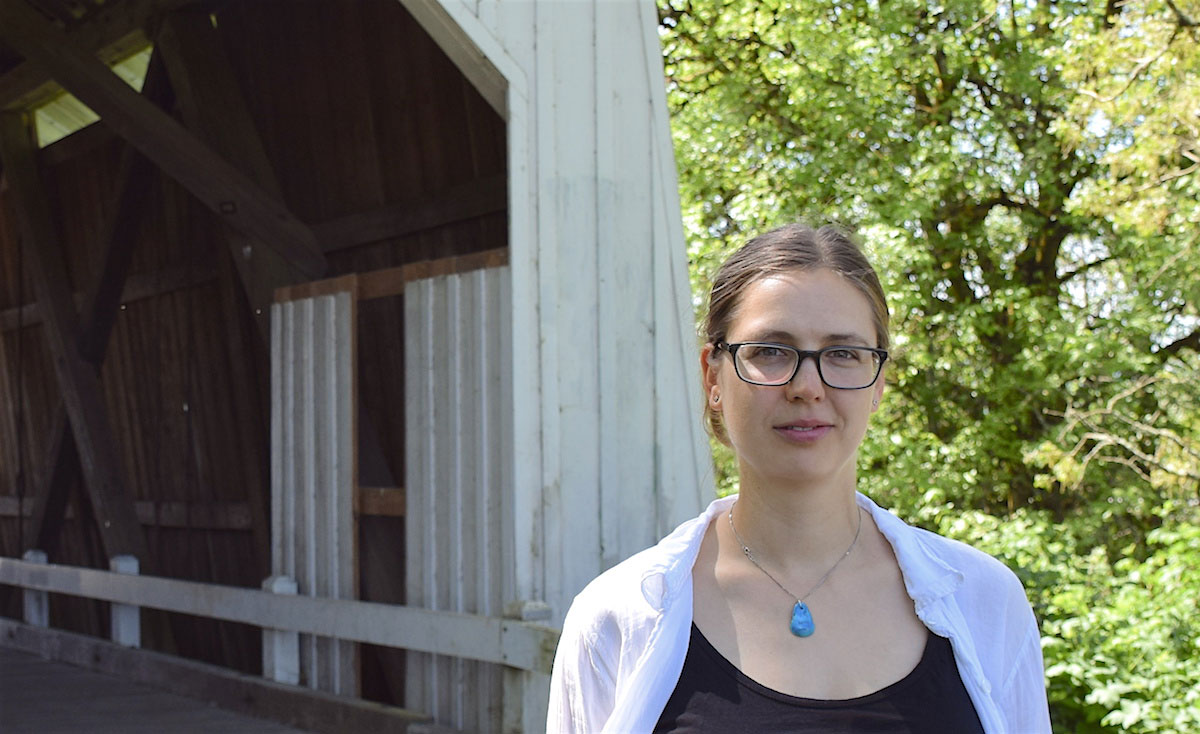 Growing up in East Germany and watching the Berlin Wall fall as a child, Stephanie Lange has always seen opportunities beyond her immediate surroundings. While pursuing a tri-national Bachelor of Engineering, Stephanie attended the University of Strasbourg in France; the University of Applied Sciences and Arts in Northwestern Switzerland; and the University of Applied Sciences in Karlsruhe, Germany, where she also received a Masters of Engineering in 2007. After receiving her degrees, Stephanie worked as an Underground Structure and Tunnel Engineer at Aegerter & Bosshardt AG – Planner and Engineers in Basel, Switzerland. She worked there for six years, managing an update of fire and rescue safety in a tunnel remediation project, completing a project for new light foundations in downtown Basel, and was promoted to Junior Project Manager in Tunneling and Project Manager for Foundation and Underground Structures.

Although Stephanie considered dedicating her career to industrial tunnel work, she ultimately wanted a Ph.D. and looked to America for opportunities. When discussing this choice, Stephanie says that she “never wanted to go to the States before” because it was just never on her radar. She wanted to be in an earthquake zone for her research, however, and decided on OSU after a conversation with Scott Ashford, current Dean of the College of Engineering. “Scott saw the College heading toward excellence with excellent teachers and students,” says Stephanie, and he talked about bringing industry together with researchers and students through the Cascadia Lifelines Program. This focus on including the students in the research process was very appealing to Stephanie. “Even though I had a chance at funding at UC Berkeley,” says Stephanie, “I decided on OSU because of the talk with the Dean. He was so convincing with his vision and what his plans are and what he wants to do that I said, ‘Yes!’”

I decided on OSU because of the talk with the Dean. He was so convincing with his vision and what his plans are and what he wants to do that I said, ‘Yes!’

Scott is pleased to have Stephanie on his team. “Stephanie’s professional experience enables not only her success but the success of my entire research group,” says Scott. “Plus, she is a joy to work with.” As a National Science Foundation Graduate Research Fellow pursuing a Ph.D. at OSU under the advisement of Scott Ashford and Benjamin Mason, Stephanie combines her industry experience with her academic pursuits and investigates the relationship between earthquakes and tunnels. This type of work is particularly relevant in the current zeitgeist as public interest piques over the impending big earthquake that will hit the West Coast. In spite of this public interest and the wealth of research on earthquakes at OSU, however, not many people look specifically at the relationship between earthquakes and tunnels. “There are a lot of tunnel companies in this region,” says Stephanie, especially for urban planning in places like Portland and Seattle, but West Coast universities offer few to no tunnel classes. Stephanie is hoping to change that and wants to design and teach an undergraduate class on tunneling. Teaching would allow her to combine her industry experience with her academic knowledge, which Stephanie plans to continue doing after graduation.

For now, though, Stephanie is looking forward to her remaining time at Oregon State University, including the fact that she and her husband just had a baby. Graduate school may seem a busy time to raise a child, but with on-campus day care centers, flexible scheduling for her doctoral research, and the support of her husband, Stephanie is confident everything will work out, and she’s looking forward to raising her child here. Recently, she’s been attending basketball games and is excited about our successes: “I even knitted a little beaver toy for the baby!”