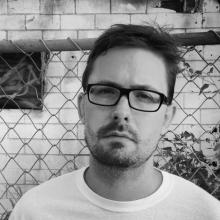 Jesse Donaldson is not an undiscovered talent. Before coming to Oregon State University for its increasingly prestigious Master of Fine Arts in Creative Writing program, he spent years writing a novel, The More They Disappear, which will be published in 2015. He received a scholarship from the Breadloaf Writer’s Conference and a nonfiction prize from the literary journal Crazyhorse for his essay exploring the similarities between baseball and religious fervor. He is currently working on a compilation of Kentucky myths organized by county.

Jesse was awarded the Provost Graduate Fellowship during his first year at Oregon State. For a writer, whose work requires long hours of research, days devoted to drafting and redrafting, paying careful attention to the relationship between each idea, the freedom the Provost Fellowship represents is invaluable.

“One of the hardest things about being a writer is actually just having the time to sit down and write, to not be worrying constantly about the next paycheck, or how you’re going to put food on the table,” Jesse says.

Jesse’s writing style becomes apparent soon after meeting him, even when he is simply describing the experience of moving to Oregon: “The first thing I noticed about Oregon was the trees,” he says. “They’re enormous, the biggest trees I’ve seen in my life. You’re asking about me, but I think you should just write six or seven hundred words about the trees and fifty about me.” And he pauses for a moment. “You know what? Just write about the trees.”